DO YOU KNOW ANYONE IN THESE PHOTOS ? 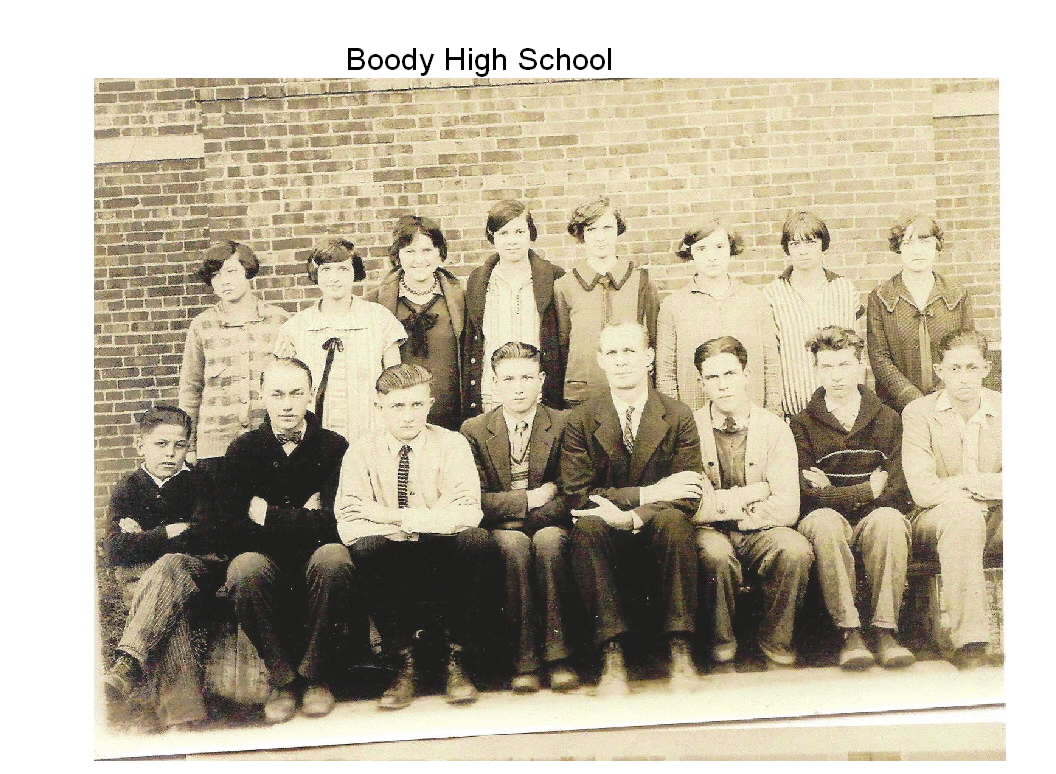 This picture was taken at the Boody High School, Boody, IL. The boy on the front row, far left side is Millard Smith, son of Floyd B. Smith. Does anyone know who the others are? Millard was born in Boody in 1911 so this may have been taken sometime around 1925.

Kindly submitted by Helen in Texas 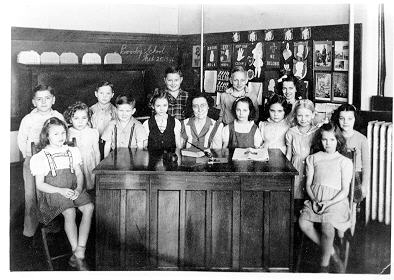 Here is a picture of the school class in Boody, Illinois. Boody Elementary School. Mrs. Knowles is the teacher. This was taken I believe in 1946. Back row 4th from the Left side, Bill "Willie" Woodcock. In the front row L-R are Nancy Bailey, ?, ?, Mary Jockisch, Mrs. Knowles, ?, Janet Boggs, ?, ? and Helen Smith.

Submitted by Helen in Texas 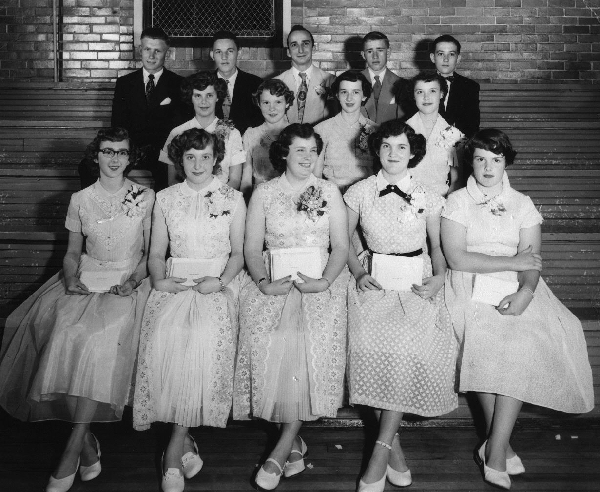 This is a picture of the 8th grade graduation of Boody Elementary School in 1953. Boody, Macon, Illinois

Sent in by Helen in Texas 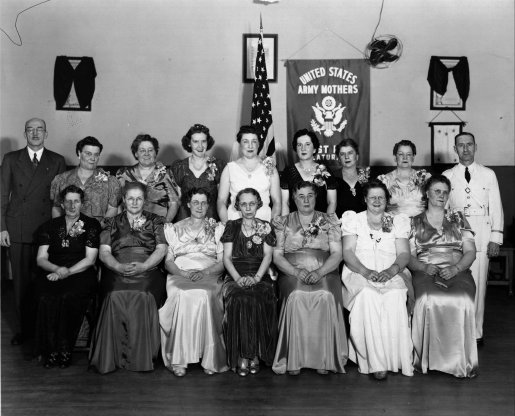 This is a photograph of United States Army Mothers from Decatur. My great-grandmother Carolina (nee Karolina Dongowski) Musselman is the second from left in the front row. She had two sons in WWII. The other people are unidentified. I hope someone out there recognizes other relatives in the photograph. 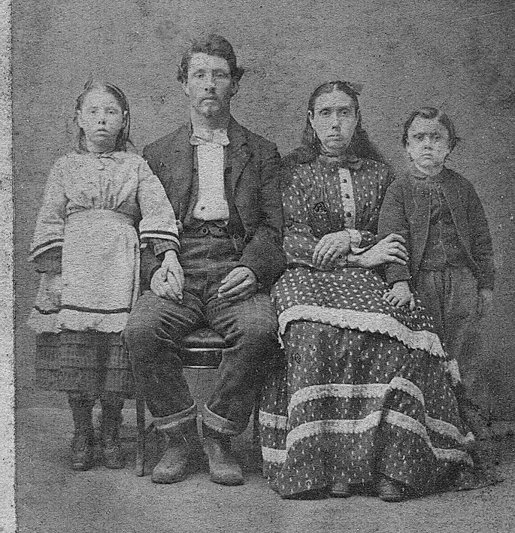 This photo is of personal interest to me. All I have is an educated guess as to who may be in this photo, but it was taken in Macon County. I am hoping that someone may recognize the photo or someone in it. My guess is that the man is Robert Bride Mahaffey, the woman is Mary Elizabeth Hudson Mahaffey (Widow of Isaac V. Sheets) and the two children are Cordelia Sheets and George Thadeus Sheets. This is as I say just an educated guess. I am hoping that someone may be able to either confirm this or identify them in the photo.

DO YOU KNOW THIS MAN? This photo is of an officer of the 152nd Regiment of the Illinois Infantry. I do not know who he is, however I am fairly certain that he is from this regiment as his picture was with photos of the William Albert Hart family, who served as a corporal in that regiment, he was in Company D. Perhaps someone will recognize who he is. 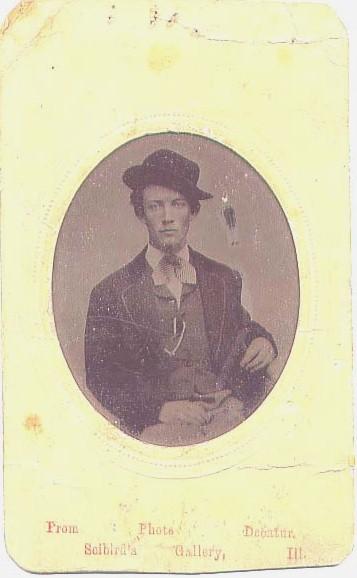 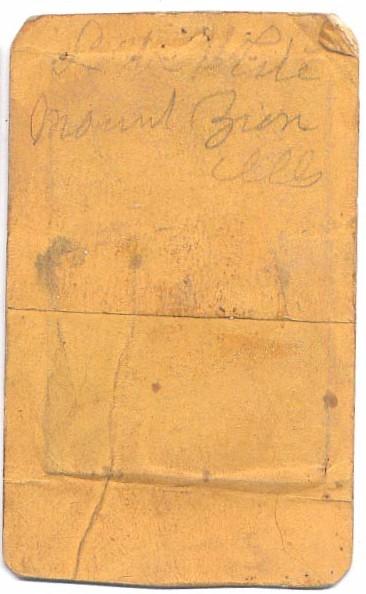 This photo of a dapper young man was probably taken sometime during the 1870's. The name of the man was written in pencil on the back of the photo and has faded with time. The last name could be WHITE and the first name could be LESTER, LOUIS, LESLIE, etc. If you have any clues to his identity, please contact the county coordinator or Yoland Lewis the submittor of the photo. She's not related to the subject of the photo, but discovered it in Douglas Co., IL.